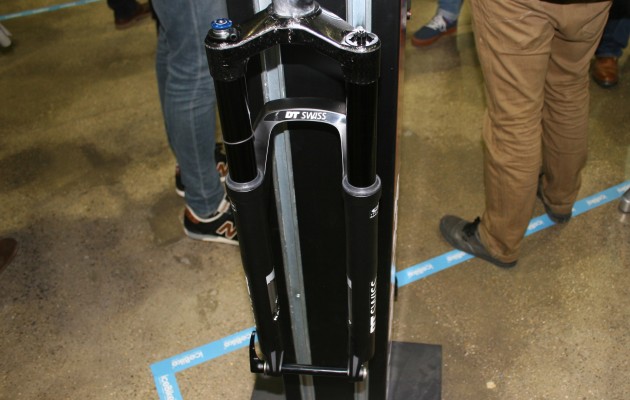 DT Swiss is also upping its suspension game for 2016.

Its carbon forks are used by cross country World Champion Nino Schurter who they reckon puts in more testing hours than anyone else in the mountain biking world. Apparently he used the same fork from March until Septmeber (including racing) without it being serviced once!

We’d recommend you stick to short travel forks from DT Swiss for the moment, however there are plans for it to release an oversized, enduro-style fork in the future that’s been three years in the making.